Evolution of the Digital Media Industry & A Path Forward

Our co-founder Anuj Saigal sits down with Regina Buckley, President of the Guardian US, to talk about the changing landscape of digital news and the future of publishing. 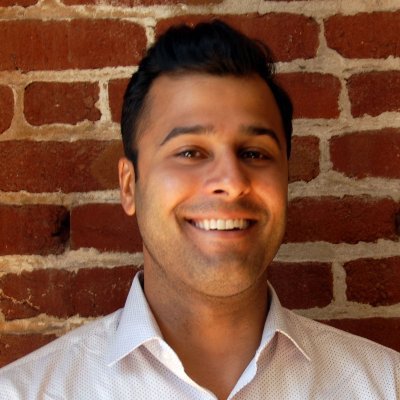 Digital publishers have been under constant threat over the last several years, with many of the industry’s brightest players no longer in business. Google, Facebook, and the creator economy are just a few of the major changes that have eroded the revenue streams of more traditional publishers.

Dataherald works with dozens of digital publishers; I wanted to get better insight into what the future may hold for them. So, I recently caught up with Regina Buckley who has seen a lot over her ~25 year career in the publishing space. Regina spent the last several years at The Guardian, most recently as President (US). Previously she spent 20 years at Time Inc. in various leadership roles. Note: Regina is an advisor to Dataherald.

So we asked her:

Q. How has the business of digital media evolved over the last two decades? What are the most glaring changes?

A. The most significant shift is the entry of big tech into the media buying experience.

No surprise here: the entry of big tech totally changed the ad buying experience. At various points in her career, Regina witnessed projects where media companies banded together to share their data to compete with Google, Facebook, and other tech giants. However, these projects were handicapped from the start since media companies will never have access to the immense amount of data that Big Tech collects.

Q. How do you view the difference in future prospects of news, magazines, and other parts of the media landscape? What can save news?

Q. What are characteristics of publications that are poised for success in the future?

A. Number one: Differentiation. Number 2: True connection with the reader. The New York Times is a good example. They’ve reinvented themselves from a mass news brand to discovering avenues for growth in new verticals like episodic video and events. Another company I think has done a great job at thriving and is poised for even more successes is Barstool Sports. They got e-commerce, they got gambling, content, events. There’s donation platforms.

Q: And how about connecting with the reader?

A: It’s about creating content that connects with people. As for news, the truth of the matter is that as much as everyone will tell you they want unbiased content, nobody actually, by and large, pays for that. People pay for The New York Times because The New York Times is a reflection of what they believe. They don’t actually want to pick up a newspaper and be challenged by things that they don’t identify with or they don’t believe in. So that presents a different kind of discussion that we could have about what that will do to news media over time. But think about yourself. If you’re going to pay for something, it’s going to be because you have to pay for it and you really want it.

Check out the original article here.

How to uncover powerful insights in data

The future of news is interactive and seamlessly integrates intuitive, elegant data visualizations into journalism. We showcase some of the leading data visualization in digital publishing, including one made with our product.

Explore new product features and use cases for our visualization builder

Get in touch today
Schedule Demo
Or drop us a line at partnerships@dataherald.com